#HistoryMeetsHistory as ‘Cartier’ Speaks – An Evening Of Sheer Nostalgia

“Talking to him about the past had brought us very close over his final years, and I was devastated by his death. It took me a long time to be able to listen to tapes I had recorded with him. I thought it would be strange hearing his voice again after he was gone, but it’s been surprisingly comforting. Before my grandfather passed away more than a 100 years after the 3 Cartier brothers made a promise to one another to build the world’s leading jewellery firm, I made him a promise to try to tell the story of the Cartier family as accurately as I could. This book is my attempt to honour that promise.” – Francesca Cartier Brickell

One can well imagine the bittersweet emotions Francesca experienced while piecing together the history of ‘Cartier’ for her anecdotal gem The Cartiers: The Untold Story of the Family Behind The Jewellery Empire. Wondering what prompted her to delve into the history of Cartier? An old battered trunk which she chanced upon while trying to find an old bottle of wine for her grandfather on his birthday at their family home in Paris! She discovered century-old letters, esoteric details about Cartier women, strategic marriages that shaped the future of the brand.

It was in 2017 that I first met Francesca Cartier Brickell when she was visiting Mumbai and we hit it off instantly! Francesca then mentioned that she was working on a book where she plans to document the untold stories of the Cartier family. Little did I know that her work would provide such detail insights into the brand’s history!

All her hard work paid off when she released the book in 2019 and in January 2020 in India. Francesca was planning her visit to India, as her book was to be inaugurated at the Jaipur Literary Festival. When she sent me a copy of her book in January 2020, I suggested that she comes down to Mumbai for a book signing session. After she finally gave her nod, we began the preparations in a New York minute. I planned a photoshoot #HistoryMeetsHistory at the colossal Asiatic Library in Mumbai to generate due buzz for the grand event.

The first step was connecting to her publishers, Penguin India and we organised the book signing event in association with Title Waves bookstore on January 28, 2020. The crème de la crème of the jewellery world turned up at the event to witness Francesca speak about her the legacy of ‘Cartier’- the family, the struggle, the journey, and the brand.

Francesca Cartier Brickell, granddaughter of Jean-Jacques Cartier, the last in the family to manage the famous jewellery house delved into old recordings with her grandfather, his journals and innumerous documents to rediscover the details of how a humble Parisian jewellery store transformed itself into the symbol of ultimate luxury. At #HistoryMeetsHistory she narrated the details of how her research took her to elderly jewellery designers, pearl stringers and salesmen in London, Paris and New York.

The audience listened with rapt attention as Francesca talked about Cartier’s deep-rooted connection with India and how on her great-grandfather’s trips, India imbued his creations with the local colors- that which got visibly reflected in the ‘Hindou’ jewels.

The entire event was organised on a very tight schedule and I am thankful to my friends from the industry who attended the event and made this a success.

Hosting the Cartier book signing was a dream I nourished for long and it wouldn’t have been a success without the earnest efforts of my team at Style Prer and the support of my family. 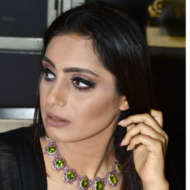 Prernaa Makhariaa of Style Prer is India's first jewelry influencer. She is a graduate from GIA, GII, and SNDT with 18 years of experience in the gems and jewelry industry. She also specializes in jewelry styling and curating bridal jewelry trousseau's. She has recently founded a bespoke jewelry brand for pets, named PetJewellery.In and is also the co-founder of a Club Jewellers Inside Out.
PrevPreviousInhorgenta Munich 2020 International Jewellery show
NextAn Insight Into India’s Diamond Manufacturing Industry With RapaportNext 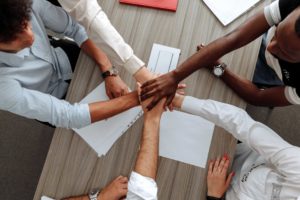 Are You An Entrepreneur?

Enjoy, but look out. I know I consider myself one. I am forever analysing business opportunities, both within and outside my own environment. Conservatively, I 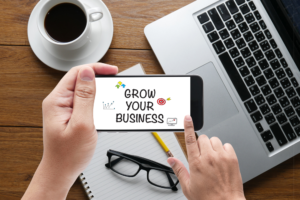 7 Steps To Setting Up A Jewellery Business

Join YD's - and why we are awesome!

Be part of an amazing group! No matter if a single goldsmith or CEO of a large diamond manufacturer, all are welcome!
learn more
Contact Us